I could have written two different posts on these two subjects which I decided to merge into one. I believe they are interrelated that’s why I merged them, saving you time.

You see, success is a byproduct of our thoughts. To be successful, it starts with our thoughts and mindset.

Failures have the ‘it can’t be done’ mindset. They also have the ‘I don’t know how to do it’ mindset.

These mindsets and thought patterns bring limitations to what they can achieve.

I once read of a story of two young boys who went out fishing on a sea covered with ice. In the process of fishing, part of the ice on which they stood fishing broke off, resulting in one of the boys falling into the water.

What happened next was staggering. While the other little boy was drowning, the other ran into the land to get a pole.

On returning he saw the ice cracking into land, notwithstanding, he jumped into the water and managed to grabbed his friend, with the pole attached to the breaking ice, he pulled the both of them out.

When the villagers rushed to the scene they asked the boy how he managed to pull off such a feat.

An old man in the crowd said calmly, “he was able to do it because there was no one around to tell him he couldn’t”.

How does this apply to you and to be successful?

Your mindset, that other part of you that doesn’t want to change is the small voice in background telling you that you can’t do it.

You see, success has been figured out. Just like every other thing out there, success leaves trails or footprint with it. Failure does too.

But we’re focusing on what we DO WANT, in this case, success.

So now the question is, how do successful people think?

When a successful person is met with a challenge – something they will like to do or achieve, they say “this is something I want to do. And my job or goal is to go figure out how to do it”.

Failures or the unsuccessful will say “well, I can’t just do this” or I don’t know how to do it”

Can you see a difference in the way they think?

What I asked was: what do all successful internet marketers have in common?

2. They have multiple offers

3. They have coaching or consulting programs

4. They add value in the marketplace

After getting these details what did I do?

I said, it’s my goal to build an email list. I didn’t know how, but I went and figured it out.

I did the same thing with offers creation, consulting programs and creating value in the marketplace.

Immediately I figured it all out, I went ahead to take action. That’s how successful people think and act.

You see, success isn’t a difficult thing to achieve once you change your mindset. I believe every single one of us has been wired by the Creator to be successful. Just that some people decide to use a negative mindset to stop themselves even before they start their way down the path to success.

Don’t be one of them. You go out there and do it. Success is waiting for you.

P.S – Learn how to land premium clients in less than 72 hours in this free training here: https://clientsvalley.com/workshop 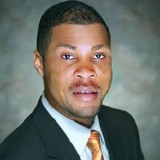 Kennedy Cee is a Master Business Coach and the founder & CEO of ClientsValley. He makes it effortless and exciting for coaches, consultants and service professionals to attract perfect new clients. ​​​​He's helped coaches, thought-leaders and service providers all over the world take their businesses from struggling to 5 and 6-figures per month, while serving the world with complete integrity and authenticity.

Please log in again. The login page will open in a new tab. After logging in you can close it and return to this page.